How to Achieve Rolling Vibration of Linear Vibrating Screen

Rolling vibration is mainly realized by a rolling bearing. Vibrating bearings are composed of geometric accuracy, radial clearance, friction, lubrication, and eccentric vibration. These factors respectively restrict the working track of the vibrating bearing and reflect the rolling angle of the vibrating screen. A fact that we all know is that if the rolling vibration is too large, then the material will easily fly out of the screen, which will cause a lot of inconvenience to the work. So we have to find a way to reduce the vibration of the bearing, so how do we adjust the above factors one by one? First of all, the higher the geometric accuracy, the better, and the higher the accuracy, the smaller the vibration; the second is the radial clearance, which must be controlled by one degree. If the clearance is too large, the radial natural frequency of the bearing elastic system will be reduced, thereby causing resonance. Cause low-frequency vibration. If the gap is too small, it will cause high-frequency vibration. Eccentric vibration again, that is centrifugal vibration. This depends on the vibration exciter of the vibration motor. We recommend using a box-type exciter so that the intensity of the excitation can be adjusted well and the amplitude will be adjusted accordingly. 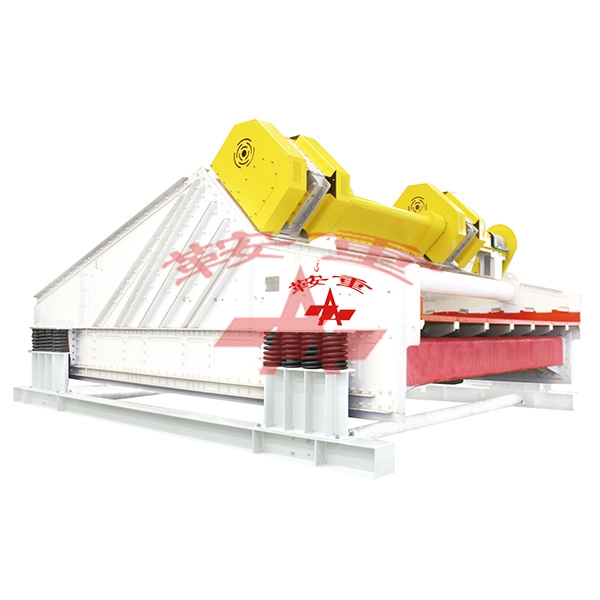 As for friction and lubrication, we need to maintain in time during the working process of the vibrating screen. It is necessary to ensure the lubricity of the vibrating bearing, and at the same time control the friction force, not because the bearing temperature is too high. Excessive temperature will expand due to thermal expansion and contraction, causing the gap to shrink again, which will increase the friction coefficient and cause the temperature to rise again, which has been a vicious circle.